The first time I saw the archival footage used in Chergui – shot by a European man documenting his travels around Morocco – I was struck by the women’s body language and their evasive gestures. Looking away and hiding their faces, they swiftly escape the penetrating, scrutinising gaze of the camera.  An uncanny reversal was taking place, as the filmed subject defied the voyeuristic relationship established by the camera by revealing its uninvited presence. For me, these fleeting moments materialised a disruptive force, an aphonic revolt haunting the images.

Through making Chergui, I attempted to unearth the unconscious within these images, invoking the ghosts from the past, the return of the repressed in order to reveal what is unsaid, unspoken and unheard: the traces of an irreducible North African femininity.

The images in Chergui were generated through multiple mediations of the original footage: a series of copies and errors. This series of electrochemical processes activate a decomposition of the image, accelerating its decay and revealing the materiality of the pixel. The image mutates into a ghostly form: it becomes a spectral image. Form deforms and transforms itself, the image hides within and behind itself.

The spectral image is by nature incomplete,
it dissolves the frontiers between its inside and its outside.

The more the images are processed, the more the depth of field collapses. The contours of the figures dissipate into the pixelated landscape. The image becomes a dynamic field in a state of energetic metamorphosis, opening up a liquid temporality. The image sinks into itself, attracting in the same motion the viewer within its depthless depths.

Chergui invites the gazing eye to resign its mastery over the image, to become oceanic vision.

The spectres of the past arise from within the abyss of the image. They sing the stories of the bodies in exile.

The spectral image is a survivor image.
The surviving image of those whose struggles are unwritten.

The surviving image
of those
whose
histories
are
missing. 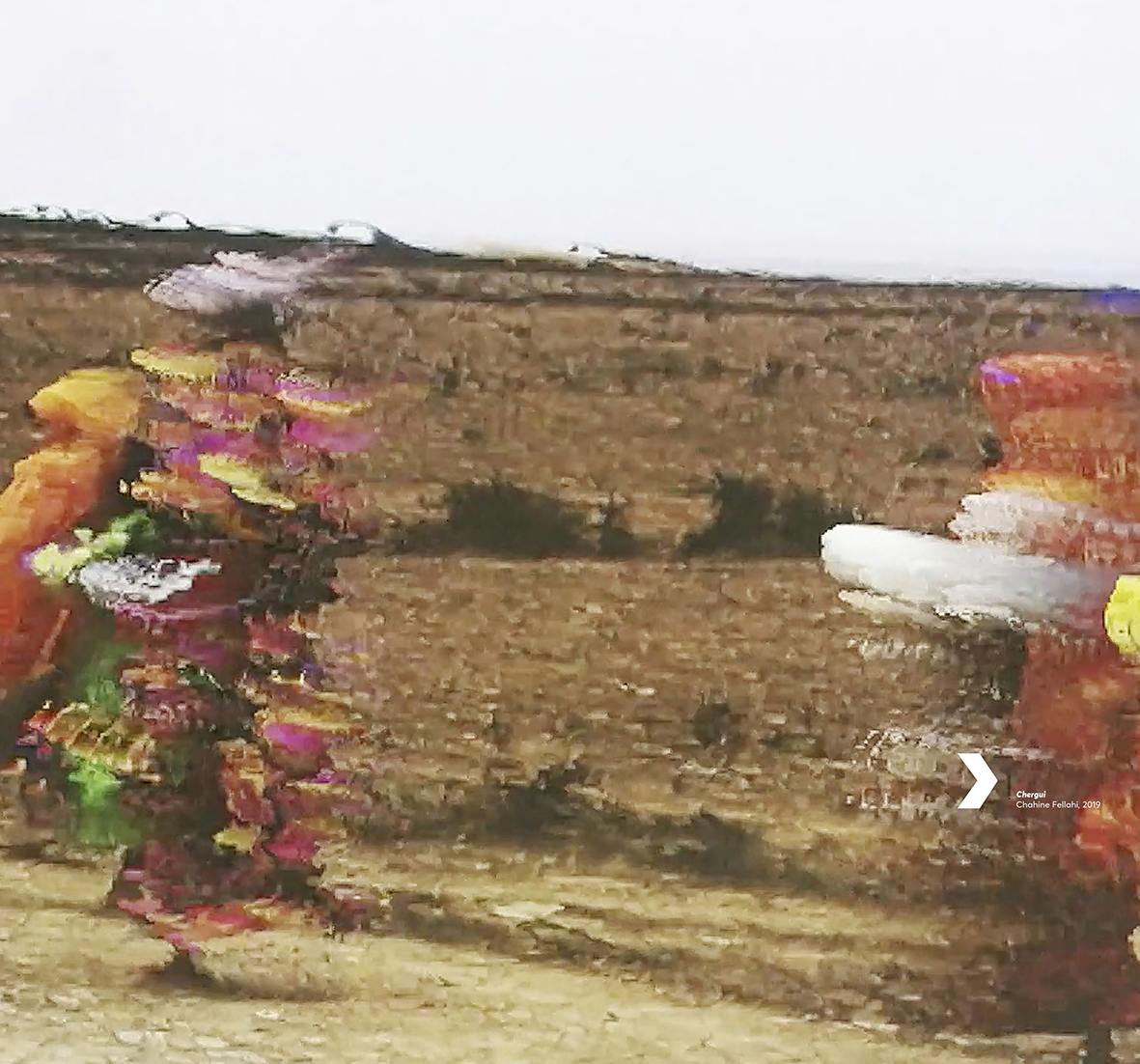 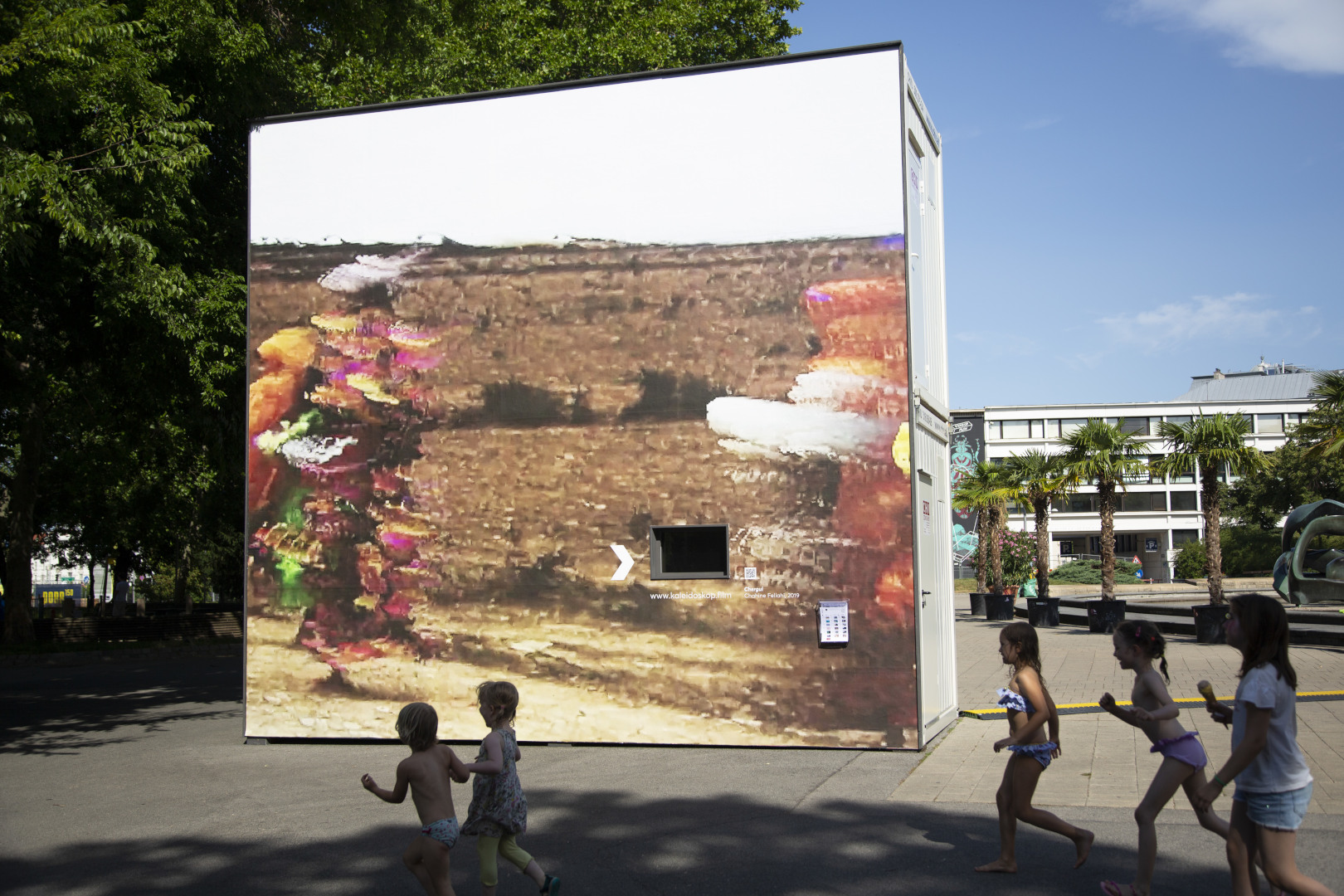